Naomi Grace Scott (born 6 May 1993) is an English actress and singer. She is best known for starring as Princess Jasmine in Disney's musical live-action fantasy film Aladdin (2019). Scott rose to prominence for her performances in the science fiction drama series Terra Nova (2011) and the television film Lemonade Mouth (2011). She has also starred in the superhero film Power Rangers (2017) and the action comedy film Charlie's Angels (2019).

Scott was discovered by British pop singer Kéllé Bryan from the girl group Eternal, who signed her as a client. She went to work with British songwriters and producers Xenomania. In 2014, the YouTube channel "Reload" published two videos featuring her, as part of their "Reload Sessions" series.

Her first major acting role was a Disney Channel UK series Life Bites. In 2010, she was cast as Mohini "Mo" Banjaree in the 2011 Disney Channel original film Lemonade Mouth, her first role in an American production. That same year she was cast as Maddy Shannon in the science-fiction series Terra Nova, which premiered in September 2011 on Fox. The series was not renewed for a second season. In 2013, Scott appeared in the music video for the song "Hurricane", by her Lemonade Mouth co-star Bridgit Mendler. In August 2014, she independently released her debut EP Invisible Division. Scott was cast as Ryoko in Ridley Scott's The Martian. She filmed her scenes but most of them were removed from the final cut, effectively making her an "extra" in the film. Screen International selected Scott as one of their 2015 Stars of Tomorrow. In October, she was cast in a co-leading role as Kimberly Hart, the Pink Ranger, in Power Rangers (2017), the film adaptation of the TV series of the same name. The film was released on 24 March 2017, and earned Scott a Teen Choice Award nomination. The film was met with mixed reviews upon release and was a box office disappointment, grossing $142 million worldwide against a budget of $105 million.

In 2019, Scott starred as Princess Jasmine in Aladdin, a live-action adaptation of Disney's 1992 animated film of the same name. Scott's casting over a "Middle Eastern or Arab actress" generated controversy. In his review of the film for the San Francisco Chronicle, critic Mick LaSalle found Scott to be the "real star" of the film and that she "thrives and gives everything to her new power anthem ['Speechless']". The Washington Post's Michael O'Sullivan praised Scott's portrayal as someone "who doesn’t just dream of escaping from under her father’s restrictive rules about whom she can marry" but is also "super-feminist". Richard Roeper of Chicago Sun-Times described Scott's performance as "winning" and that she "absolutely sparkles" in her performance of "Speechless". For her performance, Scott won the Teen Choice Award for Choice Movie Actress – Sci-Fi/Fantasy and also received a nomination for the Saturn Award for Best Supporting Actress. Aladdin was also commercially successful, grossing $1 billion at the box office.[34][35]

Also in 2019, Scott starred as one of the three leads in the action comedy Charlie's Angels, the third installment within the franchise of the same name. The film was released in November. The film received mixed reviews from critics. She will appear in the science fiction film Distant. She is also attached to star as a "parliamentary researcher" in the web television anthology series Anatomy of a Scandal.

When There Was Me And You 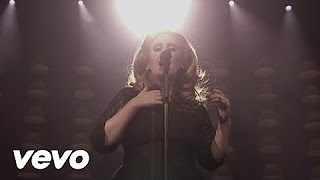 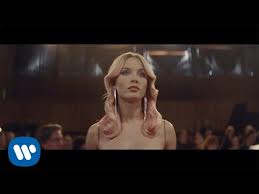