Charles Otto "Charlie" Puth, Jr. (/puːθ/; born December 2, 1991) is an American singer, songwriter, arranger, and record producer. Puth gained popularity virally by posting his work to YouTube. Puth released two extended plays, The Otto Tunes (2010) and Ego (2013), as an independent artist. In 2015, he signed with Atlantic Records and released his debut single "Marvin Gaye", which features guest vocals from Meghan Trainor. The single has been certified 2× Platinum in Australia, topped the charts in New Zealand, Ireland, and the United Kingdom, and peaked at number 21 on the US Billboard Hot 100. Puth wrote, co-produced, and was featured on a song with Wiz Khalifa, "See You Again", included in the Furious 7 soundtrack as a tribute to the late Paul Walker. On May 1, 2015, Puth released an EP, Some Type of Love. The pre-order for Puth's debut studio album Nine Track Mind started on August 20, 2015 along with the second single One Call Away, and the album was released on January 29, 2016. 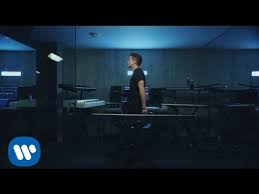