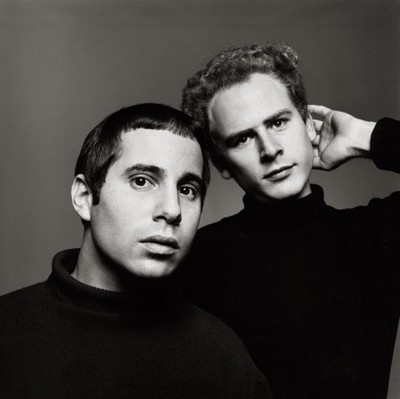 Simon & Garfunkel were an American folk rock duo consisting of singer-songwriter Paul Simon and singer Art Garfunkel. They were one of the best-selling music groups of the 1960s and became counterculture icons of the decade's social revolution, alongside artists such as the Beatles, the Beach Boys, and Bob Dylan. Their biggest hits - including "The Sound of Silence" (1964), "Mrs. Robinson" (1968), "Bridge over Troubled Water" (1969), and "The Boxer" (1969) - reached number one on singles charts worldwide. Their often rocky relationship led to artistic disagreements, which resulted in their breakup in 1970. Their final studio record, Bridge over Troubled Water (released in January of that year), was their most successful, becoming one of the world's best-selling albums. Since their split in 1970 they have reunited several times, most famously in 1981 for the "The Concert in Central Park", which attracted more than 500,000 people, the seventh-largest concert attendance in history.