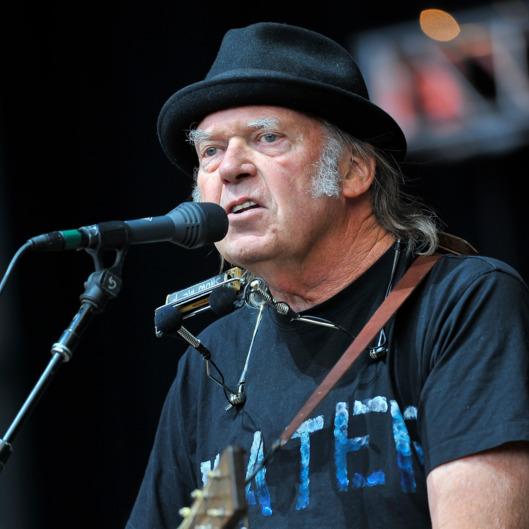 Neil Percival Young, OC OM (born November 12, 1945), is a Canadian singer-songwriter, musician, producer, director and screenwriter. Young began performing in a group covering Shadows instrumentals in Canada in 1960. In 1966, after a brief stint with the Rick James-fronted Mynah Birds, he moved to Los Angeles, where he formed Buffalo Springfield with Stephen Stills, Richie Furay and others. Young had released two albums by the time he joined Crosby, Stills & Nash in 1969. From his early solo albums and those with his backing band Crazy Horse, Young has recorded a steady stream of studio and live albums, sometimes warring with his recording company along the way.