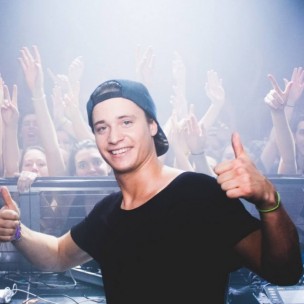 Kyrre Gørvell-Dahll (Norwegian pronunciation: born 11 September 1991), commonly known by his stage name Kygo (sometimes stylized as KYGO), is a Norwegian DJ, record producer, songwriter and musician. He garnered international attention with his remix of the track "I See Fire" by Ed Sheeran, which has received over 50 million plays on SoundCloud and 65 million views on YouTube and his single "Firestone" which has over 400 million views on YouTube with an additional 400 million plays on the music streaming service Spotify, as of August 2016. Kygo has accumulated over 300 million views on his music on SoundCloud and YouTube.