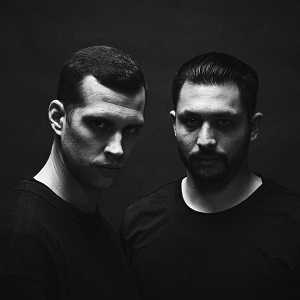 Slander (stylized as SLANDER) is an American DJ duo consisting of Derek Andersen and Scott Land based in Los Angeles. They are best known for their unique sound and subgenre "heaven trap".

Andersen and Land met at their fraternity in University of California, Irvine. They later went to and graduated from Icon Collective, a music production school together with Nghtmre. Andersen said: "My relationship with Tyler (Nghtmre) came out of nowhere when we were put in the same classroom at Icon Collective together." They initially played gigs for their college friends and at local venues. The name Slander was combined from the duo's real names: "S(cott) Land" and "Ander(sen)".