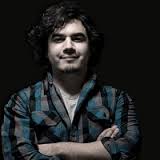 Christopher Edward "Chris" Medina (born November 30, 1983) is an American singer born in Chicago, Illinois. In late 2010 he auditioned for American Idol making it to the top 40 before being eliminated. He is most famous for his hit "What Are Words" a big hit for him in Sweden and Norway where it reached number 1. It also charted in Denmark and made it to number 83 on Billboard Hot 100.