Charlotte Emma Aitchison (born 2 August 1992), better known by her stage name Charli XCX, is a British singer and songwriter. She released her debut single independently in 2008 and initially performed at warehouse raves in London. She signed to Asylum Records in 2010 and released two mixtapes in 2012, Heartbreaks and Earthquakes and Super Ultra. In April 2013, XCX released her major label debut album, True Romance; it contained a number of singles which were previously released, including "Nuclear Seasons", released in 2011, and "You're the One", released under Warner Music in 2012. 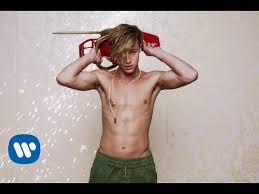