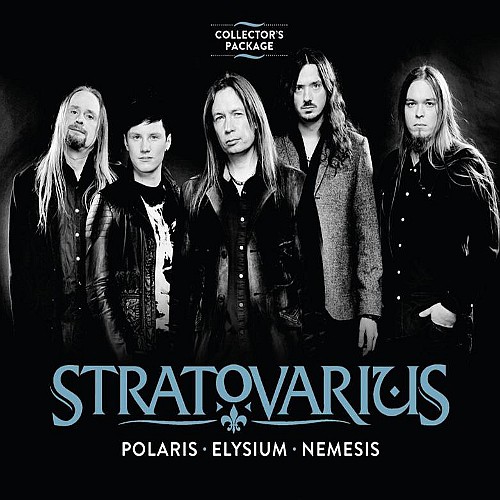 Stratovarius is a Finnish power metal band that formed in 1984. Since their formation, they have released 16 studio albums, 4 DVD and 3 live albums. Along with German bands Helloween, Blind Guardian, and Gamma Ray, Stratovarius is considered one of the leading and most influential groups of the power metal genre. In its history, the band has gone through many chaotic lineup changes and since 1995 there are no founding members of the band that remain. Currently, the longest standing member is singer Timo Kotipelto, who joined in 1994.

Stratovarius was founded as Black Water in August 1984 by singer and drummer Tuomo Lassila, guitarist Staffan Stråhlman, and bassist John Vihervä. Line-up changes soon started to occur, including Timo Tolkki replacing Stråhlman two months later and taking over singing duties as well, and the band expanding to a quintet with the arrival of keyboarist Antti Ikonen the following year. Under this line-up, the band released its first album Fright Night in 1989, with Tolkki acting as sole composer. While various changes of bassist occurred, the band released the albums Twilight Time (1992) and Dreamspace (1994). In 1994, Tolkki decided to stop acting as lead vocalist, with Timo Kotipelto joining the band. After the release of Fourth Dimension in 1995, last remaining founding member Lassila, as well as Ikonen, left the band and were respectively replaced by Jörg Michael and Jens Johansson respectively.

This line-up consisting of Kotipelto, Tolkki, bassist Jari Kainulainen, Johansson and Michael, now recognized as the "classic line-up" of Stratovarius, became the longest line-up in its history (1993-2005). With this line-up, the band released eight albums including most of their popular works (releasing an album with the same line-up than its predecessor for the first time) until the release of a self-titled album in 2005, after which Kainulainen departed and was replaced by Lauri Porra. In 2008 guitarist, sole composer and main lyricist Timo Tolkki, being highly critical of their last album and tired of the tensions between the members, decided to disband Stratovarius. However, at the demand of the rest of the band, he agreed to let them continue as Stratovarius while leaving the band. He subsequently regreted his decision, stating that the current band had nothing to do with Stratovarius which he considered as mainly his own work.

Despite the controversy of Tolkki's departure, the band's following albums Polaris (2009) and Elysium (2011), the first albums with Porra and new guitarist Matias Kupiainen in which all members except Michael were part of the songwriting process, received positive reception, with various critics and fans considering it their best albums in the last decade. After a small "Farewell Jörg" tour in Finland, Jörg Michael departed for personal reasons in 2012. With new drummer Rolf Pilve, the band released its fifteenth album Nemesis in 2013. Their next album, Eternal, was released in 2015.