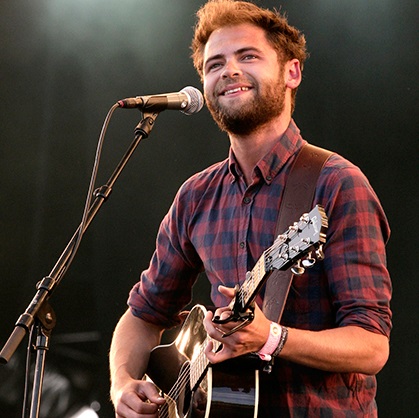 Michael David Rosenberg (born 17 May 1984), better known by his stage name Passenger, is an English singer-songwriter and musician. Previously the main vocalist and songwriter of Passenger, Rosenberg opted to keep the band's name for his solo work after the band dissolved in 2009. His most successful single, "Let Her Go", has topped the charts in many countries. In 2014 the song was nominated for the Brit Award for British Single of the Year, and he received the British Academy's Ivor Novello Award for Most Performed Work.
Rosenberg was born on 17 May 1984 in Brighton & Hove, East Sussex, England to an English mother and an American father, Gerard Rosenberg, originally from Vineland, New Jersey. His father is Jewish. Rosenberg learned classical guitar at a young age, and around 14–15 started to write songs. He worked as a chef and spent his spare time on writing music and practicing guitar. He did not apply himself at school in Brighton, spending his time on music. Rosenberg left school at the age of 16 to pursue a career in the music industry and spent the next few years as a busker in England and Australia.[8] Rosenberg still lives in Brighton. He is a fan of English football club Arsenal F.C. In May 2015, Rosenberg appeared at Arsenal's 'A Night to Inspire' event and played a version of the '49 Undefeated' fan chant.